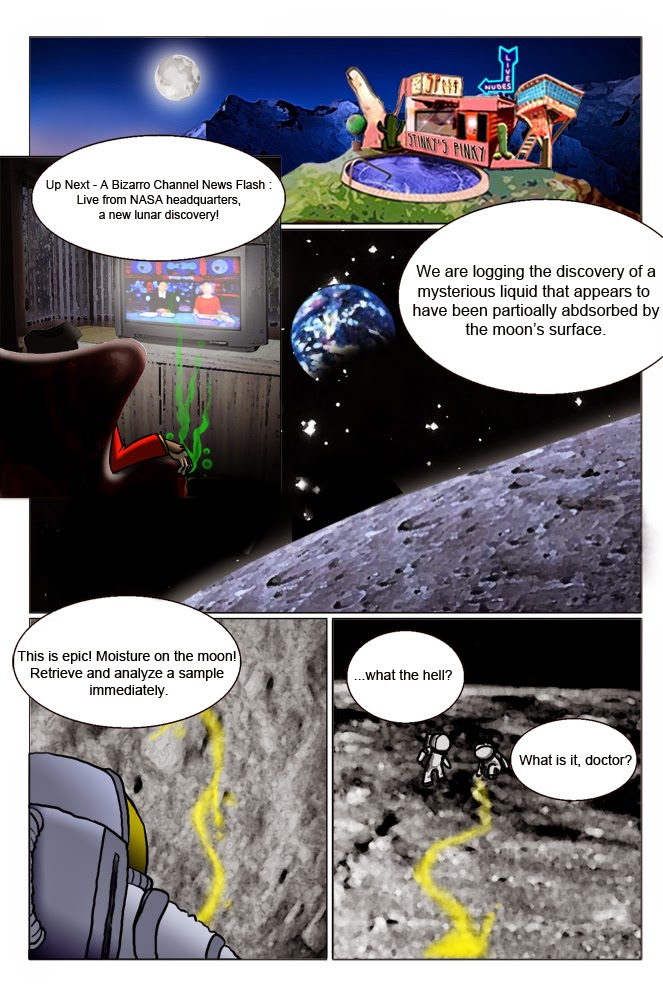 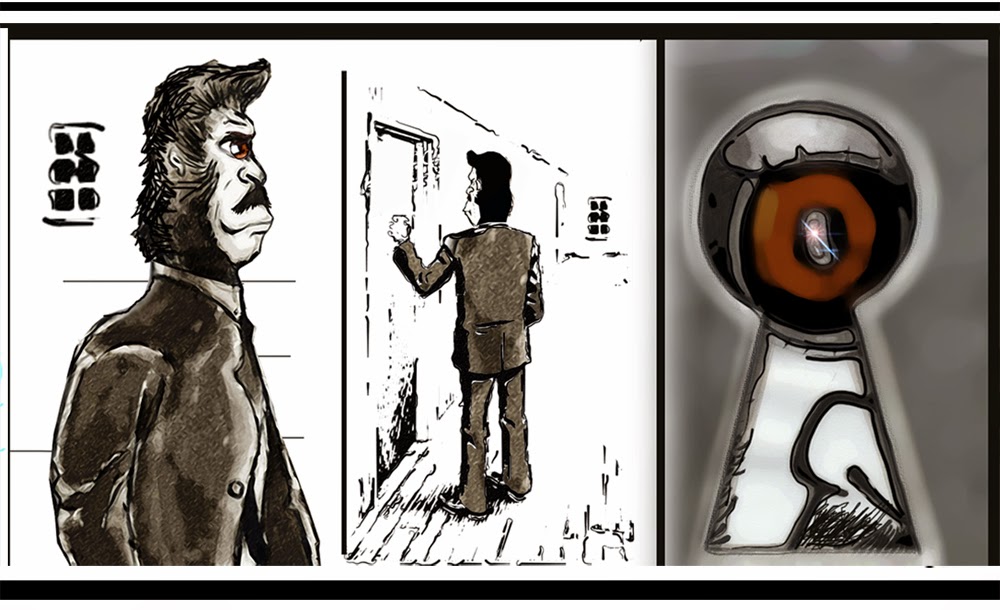 In a jealous rage, he orders his henchmen to find Quincy and kill
him. 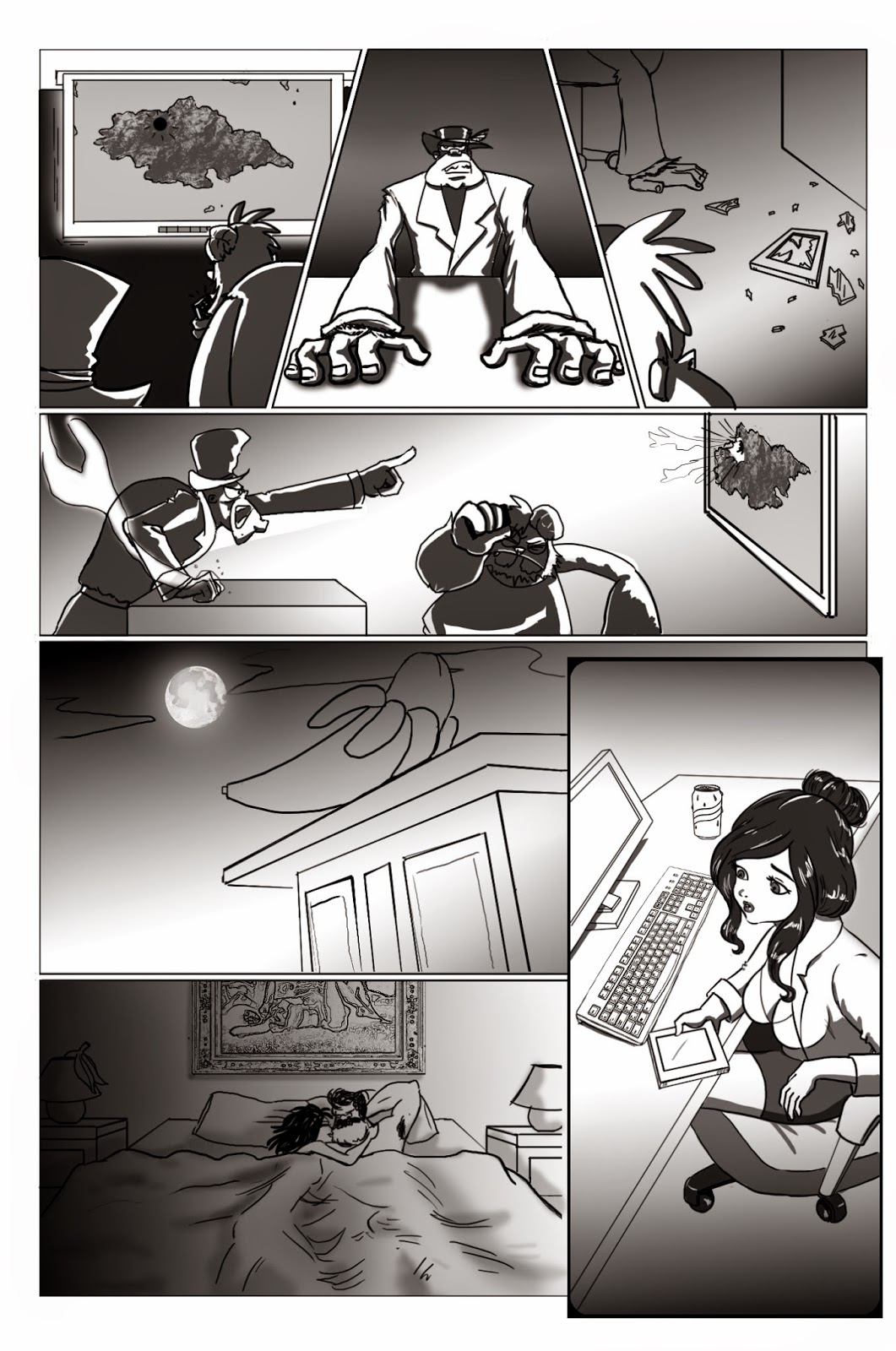 Meanwhile, Quincy’s manager and owner of the island's TV station - Raspi Calaka has discovered a prototype of a brand new revolutionary sex robot from Japan.

Being a greedy capitalist - Raspi plans to sell them on the TV Channel and make millions from all the sex-crazed apes on the island.
When Stinkyfinger hears about this, he hatches a brilliantly cunning plan to sabotage the shipment of robots and thus prevent his strip club from losing business from the very lucrative Schwarz Island sex-industry.

Later.. Gorbachov and Goomba find Quincy in bed with Chopya Balzov and, in a cliffhanging moment at the end of Act One - they appear to shoot Quincy dead and recapture Stinkyfinger's No.1 concubine.

News gets out on the island that "Schwarz Island's prodigal son & Superstar Space Ape" Quincy Bonobo has been murdered. A funeral is held and mass mourning ensues across the island.

In Act Two we discover that the untouchable Quincy has escaped this fatal scene and faked his own death to evade the wrath of Stinkyfinger.

Raspi Calaka then persuades Quincy to make his Jesus-like resurrection on The Channel and pitch the sex robots to the island's Bonobo apes. Sensing even greater fame and attention, Quincy Bonobo agrees to host this momentous show and get the opportunity to see this much talked about sex-robot.

The only flaw in this grand plan is that when Quincy finally sees the amazingly sexy robot prototype in all its glory – he becomes so aroused that he loses control and “Goes Bonobo” LIVE on TV.

NB - Quincy "Going Bonobo" will be a running gag throughout the series; where he blacks out and transforms into hulk-like primal beast. (This flaw is the main reason he has been assigned a permanent nurse and is given regular medication to suppress his super-ape libido)

In the beginning of ACT 3 - Quincy wakes up in Yizuka's jail, he discovers that Stinkyfinger has rigged the robots with a fatal weiner-frying mechanism and are now killer robots that could cause a very nasty weiner massacre on Schwarz Island.

Quincy and Yizuka then hatch a plan to break into the Stinky Pinky and
destroy the robots before they get out into the hands of the
island’s citizens.
Posted by Quincy Bonobo - Gigolo Magnifico! at 6:36 AM