Blojab Stinkyfinger grew up with Quincy Bonobo in the KGB space academy. They were both in the landing capsule when it touched down on the moon.

However, Blojab got his finger caught in the waste disposal chute and had to watch Quincy Bonobo get all the fame. 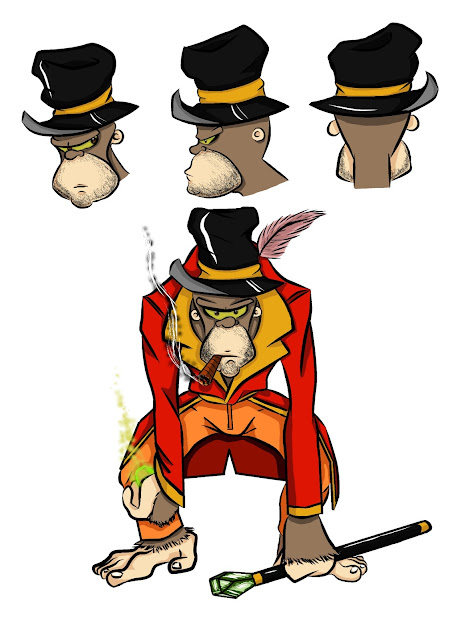 While Quincy milked his fame throughout the 70s media - Blojab contracted a ferocious fungal infection on his finger and spent years as a social outcast. Frequent references are made to his index finger being so stinky it can kill a man at 10 paces and pickle a jar of eggs in 5 seconds.

Since then, Blojab has become known as Stinkyfinger - an inept megalomaniac now living on the other side of Schwarz Island. He runs a deformed stripclub called Stinky's Pinky on the edge of a dormant volcano and uses his mutant dancers to entice Quincy into situations of shame and sleaze. 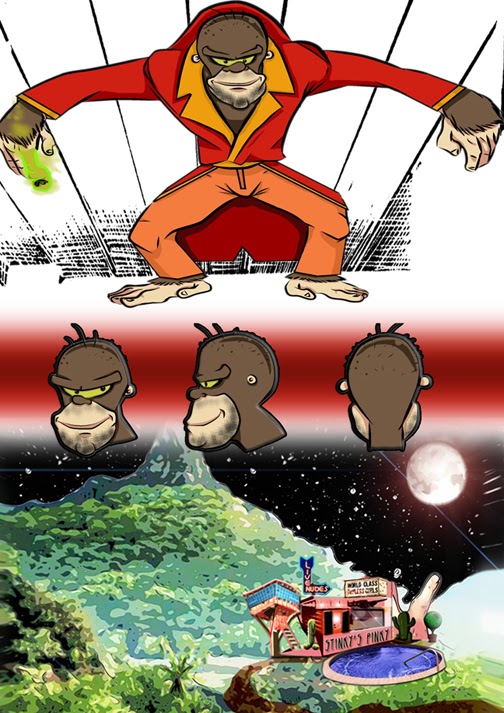 Quincy's rampant libido often causes him to run up a hefty tab at Stinkyfinger's club The Stinky Pinky .
Stinkyfinger is driven by jealousy and comically resentful of Quincy Bonobo. 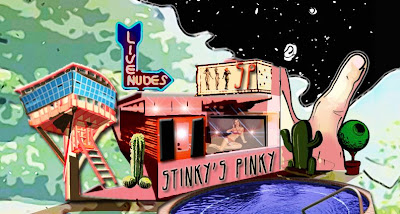 Stinkyfinger's club is where the libidinous males of Schwarz Island go to meet the female of the species, not realizing that all the mutant vixens there are vacuous gold diggers with thighs like tug boats and morals that would surprise a zoo animal.

Gorbachov & Goomba are the bumbling henchmen at The Stinky Pinky. 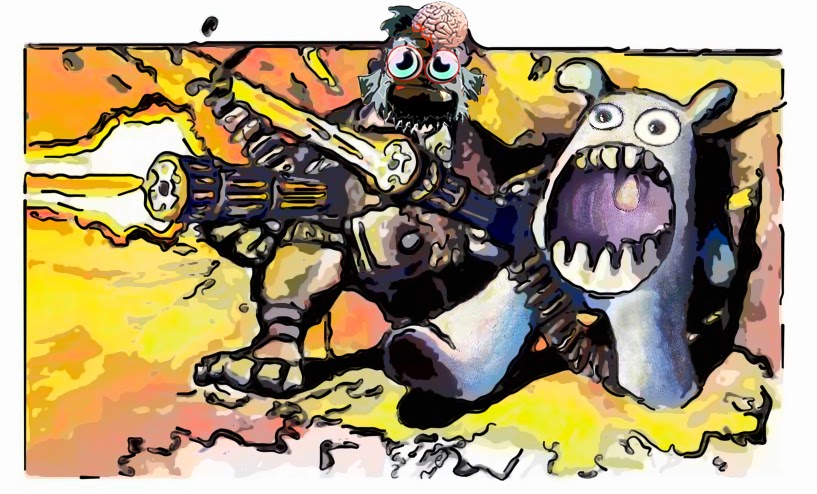 They generally use brute force, follow orders and carry out Stinkyfinger's dirty work. 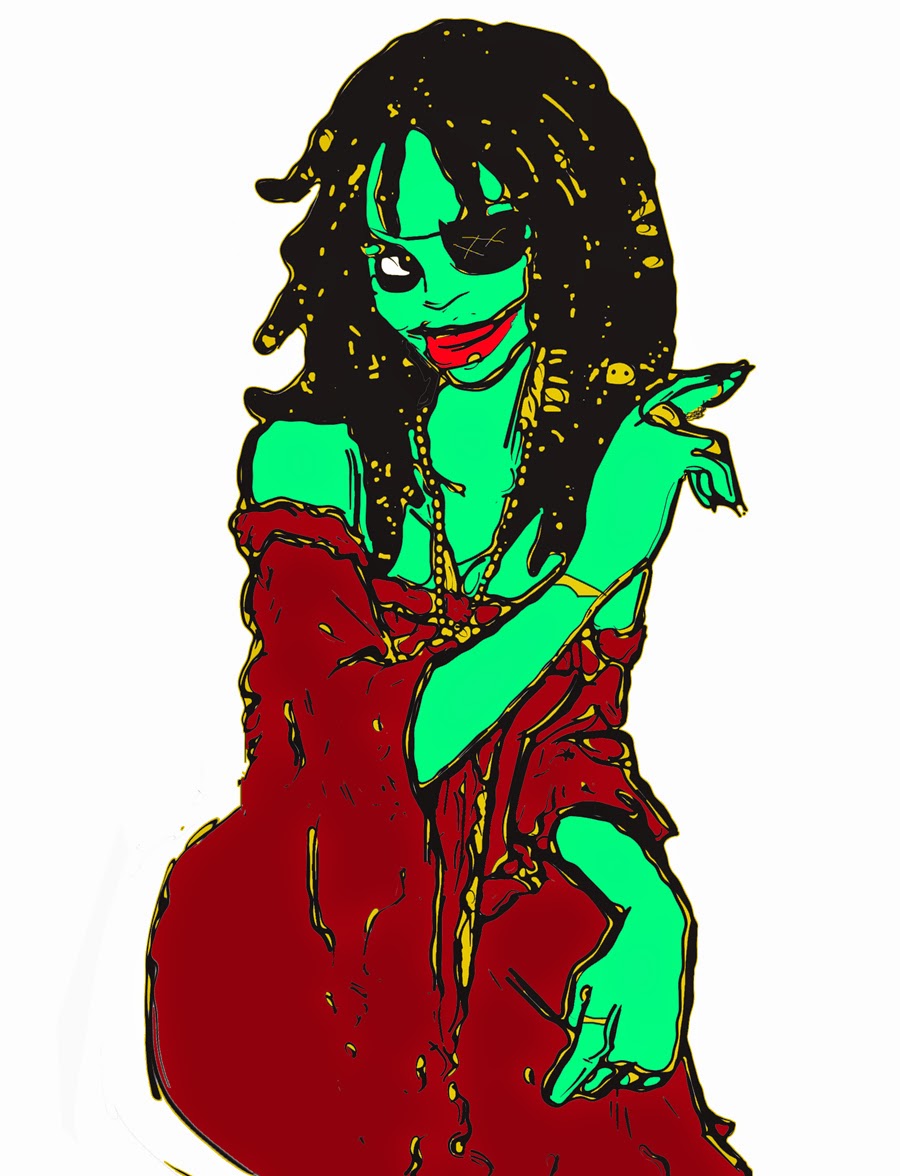 These Siamese twin sisters are attached at the hip but have two very different personalities. Cobra and Anaconda's burlesque show is the most popular attraction at The Stinky Pinky. 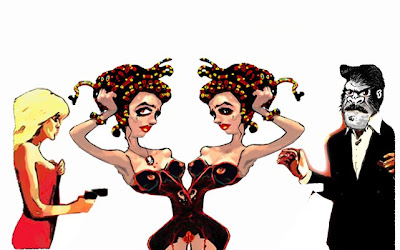 Posted by Quincy Bonobo - Gigolo Magnifico! at 10:59 AM